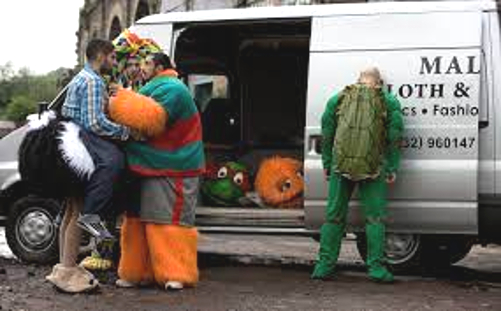 The Aurora Film Society brings “Four Lions” to the screen at the Aurora Regional Fire Museum on March 24th at 7pm.

In a British city, four men have a secret plan. Omar is disillusioned about the treatment of Muslims around the world and is determined to become a soldier. This is the most exciting idea Waj has ever heard. Better still it’s a no brainer because Omar does his thinking for him. Opposed to Omar and everyone else on earth is the white Islamic convert Barry. He’d realize he joined the cell to channel his nihilism – If he had half the self knowledge of a duck. Faisal is the odd man out. He can make a bomb – but he can’t blow himself up just now coz his sick dad has “started eating newspaper”. Instead he’s training crows to fly bombs through windows. This is what Omar has to deal with. They must strike a decisive blow on their own turf but can any of them strike a match without punching himself in the face?

The mission of the Aurora Film Society is to present engaging movies that may have escaped wider notice.  While this film is, in our view, a film that you didn’t know you needed to see, we neither condone nor condemn any viewpoints, satirical expressions, or behaviors presented in the film.  More sensitive viewers may find portions of this film offensive.